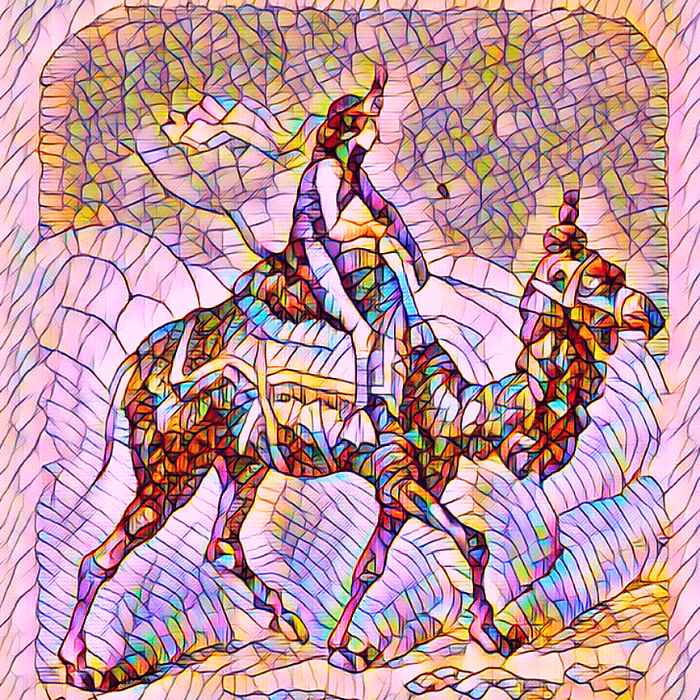 Our remixed version of King Paimon from Dictionnaire Infernal

You ever watch Aladdin and think to yourself, “Jesus fuck, the djinni is fucking OP?” Wouldn’t you love nothing more than to have some straight smokeless flame on your squad? Then look no fucking further than the most badass gender fluid wig-splitter from the seat of Paimochia; King mother fucking Paimon! He’s the demon king of fire! …and also …water? And Earth? *checks notes* Wait… that can’t be righ…?

Okay so here I’ve got to stick a pin here. I read seven different classical texts to write this article, and for accuracy’s sake I’m just going to go with his most common association as King of the West. I know, he’s been everywhere but east, and those systems are no less valid. He’s half Marid and half Ifrit, so he technically rules over fire, water, and their child earth – bear with me.

Paimon is about as old as the grimoire tradition is itself. While at one time an obscure footnote, today we see his influence everywhere. According to Google Analytics, he’s the most popular demon of the Goetia, and arguably the most searched for chthonic spirit (second only to Lucifer).

This is for a good fucking reason. As Lucifer’s most loyal vassal, his 200 leigions aren’t fucking around. These are 200 legions of demons, djinni, angels, elementals, dead magicians, etc. mind you. That’s 2 million spirits under his command, which he grants as top notch familiars who can help with any request.

I’d imagine so, with fucking Belial and Balam on his payroll, and a twin sister, Gremory, that’s the event planner of EVERY CARDINAL KING. His name was originally “Pamelon”, which is a mistranslation of the Hebrew pun “An Annoying Entourage” (to contrast Gremory’s Gamelon: “She who Gathers”).

To get to him, you’ve either gotta go through her, or the two kings that he punches the shit out of whenever he damn well pleases. You always know it’s him because a there’s big ass fiend flash mob which precedes him. If he comes alone, an offering and respect is a must, or he’ll play djinni games with your lymph nodes and make you ruin your own life with his mind control powers. In addition, he’s the only spirit in the Goetia that’s also a ruling angel in the Greater Key: the solar angel Paimoniah.

Experientially, the dude is surprisingly chill. He vibes to good music, gives great advice, and only on the exceedingly rare occasion when he can’t help with something, he’ll send someone or something that can. As a fair warning, please don’t get it fucked up, this homie’s a gangster. He is a demon king after all. If you disrespect him, and he’ll do everything from wrecking your relationships to literally murdering you. A 10/10 for real though, just never forget who or what you’re dealing with. Speaking of burnt fingertips, I still can’t walk well on my own, and I’m no fucking novice.