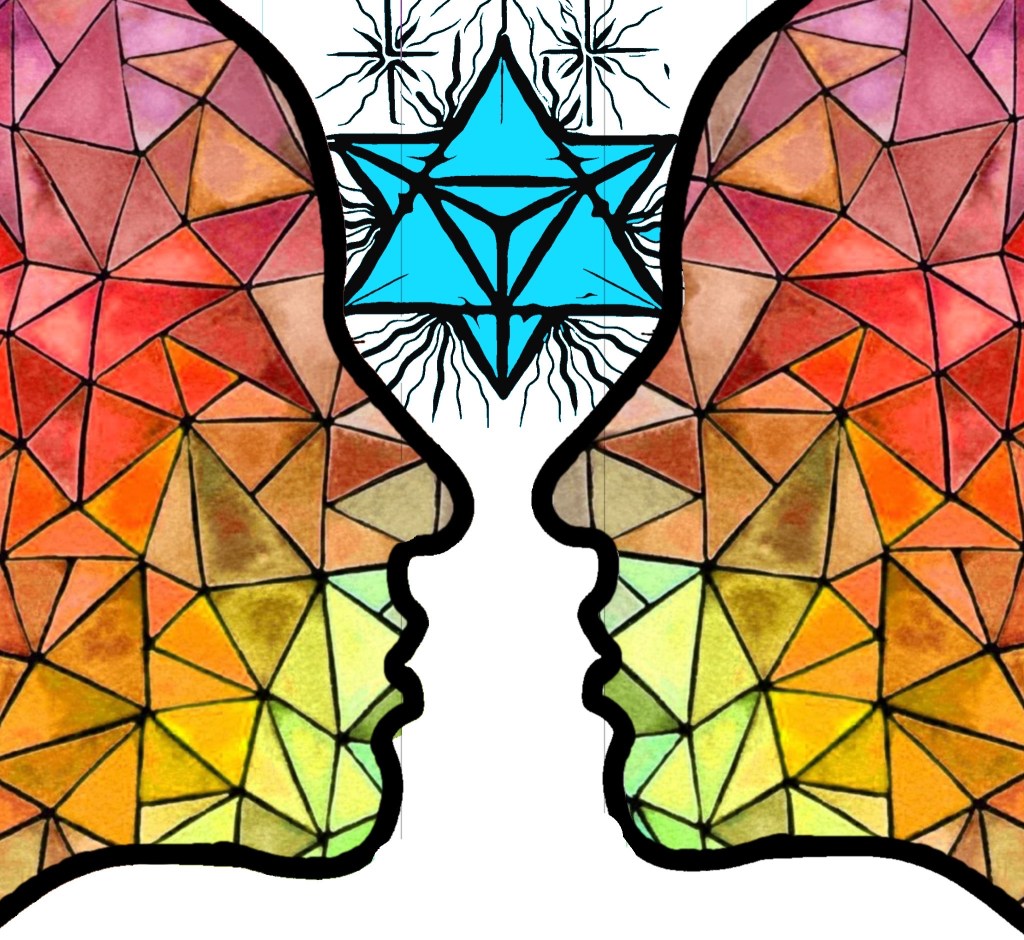 Recently I moved into a rented property. It’s fine apart from two things. The first is the front door. It sticks. Well, the lock does.I have to try and try and try again to open it and then it waits for me to put everything down, all my shopping, car keys, work bags… one by one… onto the floor and then… eventually, it opens. It’s really annoying. Anyway, I had recently read Graham Harvey’s Animist Manifesto. It’s where the title of this piece comes from. Harvey’s definition of animism is something along the lines of this:

“Animism is the attempt to live respectfully as members of the diverse community of living persons (only some of whom are human) which we call the world or cosmos.”

So one day whilst in the middle of this (by now regular) ritual I asked my daughter what she thought the door’s name was?

Without blinking she said, “Barbara.”

That made me laugh. So from that moment on, we would always say, “Barbara, can we get inside the house please?”. Sometimes, we even started to sing to her. This would make us both laugh and then, for some reason, the door would open more easily. It still sticks but no more than once or twice. It’s more a personality quirk than actively stopping us from entering. Like a doddery old housekeeper who sometimes has one too many sherries for lunch.

To add to this odd dynamic, my daughter started to notice that it was easier for her to open Barbara than it is for me. She’s eight, this is like beating Gary Kasparov at chess to get one over her Dad.

“I’ll sort Barbara!” She says now regularly as we get out of the car, takes the key and before I know it we’re inside the house. Not only has this once annoyance become something that makes me and my daughter smile, but my daughter now has named something and gained a relationship with it. Power over it may be over egging the pudding, but it’s made me think differently about how I interact with the world around me. We say thank you when we leave and ask Barbara to keep out the things we don’t like. When she opens we say thank you and promise to clean her when she’s dirty. We are engaging differently with the world. We have enchanted the mundane with meaning. Sometimes it doesn’t need to take robes, incense and barbarous words. Sometimes, it just takes a name.

We’ve extended this process now. Whenever we find something in the house that is causing a problem, we take a deep breath and try to figure out its name. The bathroom window is now called Paddington, the kitchen door is Felicity Kendal. We have a house spirit called Geoff Donald (seriously I have no idea where she gets these names from…).

So the more alert reader will have noticed I haven’t mentioned what the second issue is with the house. It’s been a warm summer this year and we’ve had many more spiders in the house than we’d like. This has made me think about several, let’s call them ‘house management issues’.

The first is how many spiders are too many? I’m not a fan of walking into spider webs but I’m less keen on the loud buzzing of flies. (One fly that was particularly noisy got christened Skippy as we tried to work out what it was trying to tell us by repeatedly buzzing into our faces and lingering around our personal space. Apparently Timmy is still down the well…).

The second was how to engage with house spiders as an animist? The first was the easiest question to answer. Two big ones or four small ones is quite enough for a house our size. So we told them, they had a week to sort it out amongst themselves, then we would take ‘radical action’. The first thing I noticed was that my daughter suddenly lost her fear of spiders. She’s a kid so it was more just a natural squeamishness than arachnophobia. This became evident one day as she started to name the individual spiders, the biggest one being christened Archibald II.

That’s when it also started to occur to me that our home was more of an ecosystem than an ‘hermetically sealed’ living space. I say it occurred to me but it was more like Axel Rose screaming ‘Do you know where you are? You’re in the jungle baby!’

After a week it became obvious that Archibald II, by far the biggest and king of the spiders, was not able to manage the homeless spiders dilemma… as a result my daughter has now been appointed spider bouncer and has Archibald’s permission to turf out unwanted guests into the back garden. If you’re curious our other lodger is called Kevin and lives in my daughter’s bedroom, as long as he behaves himself.

This is our magical home, these are our fellow residents. I hope our story has given you some ideas about how to live in a world that’s alive and one (to quote the Animist Manifesto) where everyone deserves respect.

This article is indebted to: