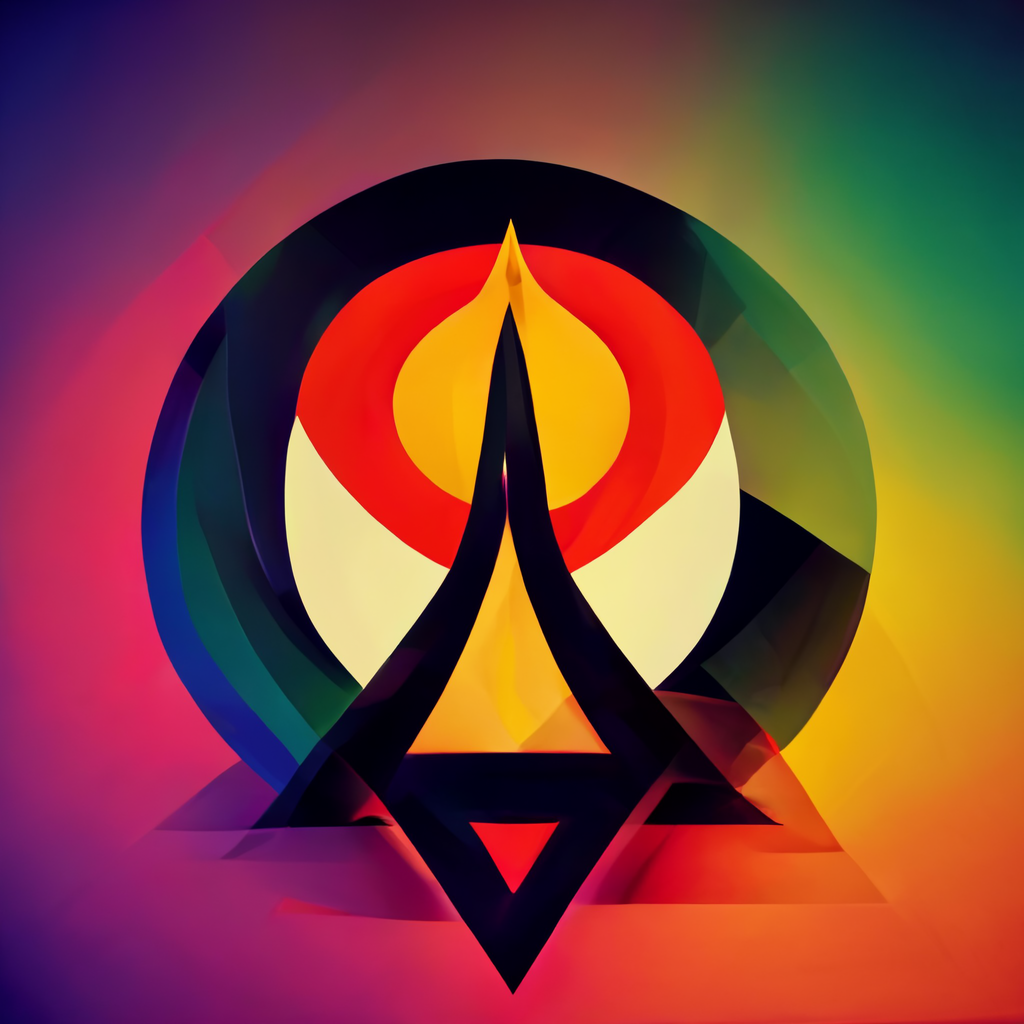 The purpose of the sigil [above] is to help readers of this article better understand sigils.

Anyone who has done even the smallest bit of research on chaos magick has come across one of its core techniques: the sigil. Sigils are one of the most useful tools in magick, requiring nothing more than a pen, some paper, and your mind. They have a myriad of uses, ranging from summoning spirits to manifesting your desires.

Creating a sigil can be as quick as a five minute doodle or can be a process that takes hours. They are an extremely versatile bit of magick, and in my personal brand of magick sigils play a majorly important part.

I’ve drawn thousands of sigils at this point, and the rate of success I’ve seen with them is high. They are great for the beginning chaote who is just starting to explore the realms of magick and would like to see firsthand success.

But wtf is sigil exactly? …And how do they work? 🤔

In modern use, a sigil is a symbol created by a magician to represent a desire they’d like to see manifest. This symbol is then charged using some means of gnosis, which I will get into later in the article.

The charging of the sigil implants it into the subconscious of the creator. It is believed by some that the subconscious has ties to the collective consciousness and the universe at large — perhaps it is within this liminal space that magick spawns.

There are three primary methods of sigil creation: the letter method, the pictorial method, and the mantra method. Each method is equally effective, and you’ll find that as you create more sigils you’ll develop your own personal style.

The first method, the letter method, was developed by occult artist Austin Osman Spare, one of the grandfathers of chaos magick.

With this method you first need to create a “statement of intent”. This should be a statement that clearly expresses your desire in a clear, concise way. It should also be written in the present tense, without the use of negatives (no, not, don’t, etc.), and within the realm of possibility. Sigils help to tip the balance and raise the odds in your favor, but they aren’t necessarily going to give you superpowers.

A good statement of intent uses simple, easily understood language to express what you’re trying to manifest. It should not be long or overly complicated. I also don’t like to put any time limits for manifestation, since this can lower your likelihood of success by compressing the possibilities into a smaller time frame.

An example of a good statement of intent would be “I find an interesting, free occult book.”

To create a sigil with the letter method, you’ll first take your statement of intent and remove all of the vowels and letters that appear more than once.

So “I find an interesting, free occult book.” would be broken down into DSGLBK.

You then take those letters and combine them together into a single symbol.

…So here’s the result:

If you look closely you’ll see all of the letters from the broken down statement of intent within the sigil. You’ll also notice that I added little embellishments to decorate the sigil. On the surface this might seem like it’s just to make it look more occulty and witchy, but more importantly, it aids in abstraction* of the original intent. After you design the sigil it needs to be charged.

Sigil charging is done by entering a state of gnosis** and directing your intention or energy into the sigil. You can charge a sigil a million different ways, the easiest method being to meditate on the sigil until you feel it’s been etched into your mind. My favorite way of charging a sigil is by putting on some heavy dubstep (or any preferred choice of music) and headbanging to it as I focus my attention on the sigil in front of me.

* In occult philosophy, abstraction is the willful act of making something less discernible. It’s theorised that by doing this, the object can align more with the practitioner’s intent rather than the mundane function.

** In Prime Chaos, Phil Hine defines the Chaos Magick use of gnosis as “an altered state of consciousness in which a person’s mind is focused on only one point, thought, or goal and all other thoughts are thrust out.”

Sometimes you might see the sigil react in some badass way, such as by glowing, flickering or moving around on the page. It can help to first imagine what the sigil would look like if it did react. Try to visualize this to the point where you seek to intentionally muddy the waters of your own perception — and literally see it. Who says you can’t? This is just a bonus confirmation that it’s working,

Another way to charge sigil is by simply leaving them around in various places so you’ll regularly seeing it out of the corner of your eye. This is called “passive charging” and is great for desires that are ongoing, such as a sigil for having confidence.

When you are done charging your sigil, it is common to destroy the sigil and forget about it. This allows your subconscious mind to work in the background without your conscious mind becoming obsessed and therefore counteracting the results. Burning the sigil is common, but feel free to get creative here. You can bury it, throw it in moving water, flush it down the toilet, rip it up, or whatever else you can think of.

Sometimes I don’t destroy the sigil and instead keep it with a stack of other sigils. Every once in a while, when I’m bored and not doing anything else, I’ll go through them and recharge them. By the time I decide to look through them, I’ve forgotten what they all mean so there’s no lust for results that could get in my way.

So that’s the letter method, what about the pictorial method? To be honest I never use this method because I’m terrible at drawing, but I’ll give you a rundown of how to do it in case you’re interested.

For the pictorial method, you draw or doodle something that represents your desire and then you turn that into a symbol. For example, to use the same intent of finding a new book, one might draw a sketch of a book.

Mind you, I can’t draw to save my life, but it doesn’t have to be a masterpiece. After you draw that you simplify it further, remove lines and add embellishments until it’s a separate drawing from the original.

So I don’t use this method much since I can’t draw, but that’s the general idea. Next, it needs to be activated and charged just as with any sigil.

The third method – the mantra method, is done by taking the statement (of the sigil), breaking it down, and then adding vowels back into it to create a nonsense word or phrase.

So if we’re using the same statement of intent “I find an interesting, free occult book.”, break it down into the letters DSGLBK just like we did for the letter method, and then simply add vowels.

For example, I’m going to break it into two “words”.

Then I’ll add a few vowels:

And there’s your mantra. It’s composed of nonsense words, but they have a specific meaning regarding intent.

To activate this one you simply chant this mantra while in gnosis (sitting with your legs crossed and meditating is the simplest way).

What I like to do is create a sigil on paper, and then create a mantra using the same. Then I chant the mantra while charging the sigil for a combination of two different techniques at the same time.

And there you have it! Those are three main types of sigils. There are many more unique, niche ways to create sigils, such as with Chaos Tarot’s Trinary app or musical instruments, but I’ll save that for the next article.

– Be creative with your charging methods. Charge sigils with the light of the moon or sun. Put them in the center of a crystal grid with crystals that align with your intent. Stare at it during an orgasm (one of the more, er…infamous methods popularized by Grant Morrison). Use music. Carve it into an apple and let it rot away. There’s an unlimited number of ways to charge your sigils, so get creative.

– Try using colors in your sigils that align with your intent.

– Incorporate planetary energies by looking into optimal planetary hours and days for charging.

– I like to design entire spells with the sigil as the main focus. I’ll use color, candles, herbs, and offerings all in one spell.

– Mantras are a great way to create the incantations for a spell.

– Look up “sigil shoaling” and play around with that technique.

– Chant a mantra a specific and significant number of times.

– The more sigils you create, the more pathways for success can be created, and the likelihood of success is further increased. I like to cast sigils for vague, simple things like confidence, good luck, and happiness. By being vague, I leave it up to the universe how something like happiness can manifest in my life.

– I’ve found that being too specific and rigid in your intentions lowers the success rate. I don’t like to give them a time limit or a fixed quantity since they never seem to work if I do. The universe needs a little wiggle room in order to work. Of course, I’ve seen other people say the more specific and detailed  you are the better, but that hasn’t been the case with me.

Was this helpful for you? If so, you might want to check out Yaxel’s tutorial:

“How to Create a Servitor”