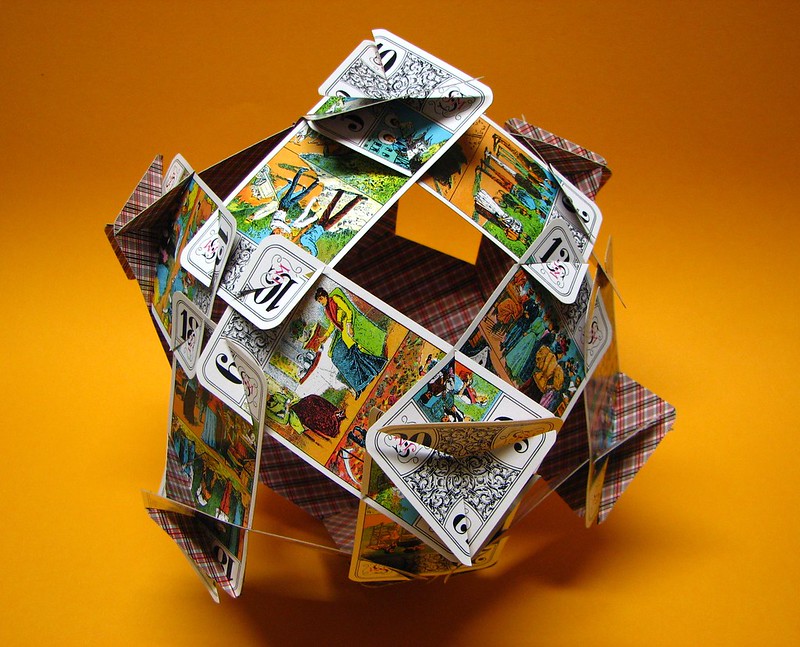 Photograph above by fdecomite (CC BY 2.0)

Chaos is the essence of creation, the universal life force that we, as chaos magicians, manipulate. It is an omnipresence, found in everything from the smallest speck of sand to the energy of a supernova, chaos is the eternal Dao of the chaote which can be molded, bent, and formed to the Will of the conjurer. 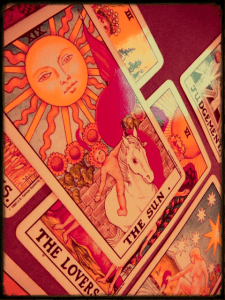 One of the many things that draws me to chaos magick is the sheer creativity capable of being tapped into while developing one’s own rituals and spells. If nothing is true, and everything is permitted then that must mean there are opportunities for magick peeking at us from behind every corner. Willingness to experiment with new techniques and look at new perspectives is what will assure us success in our practices, an open mind free of dogma is the most valuable of tools available.

Today I’d like you to re-examine your deck of tarot cards, specifically the Rider-Waite. They were designed by Pamela Colman Smith based on the instructions of occultist A. E. Waite, and were published by the Rider Company in 1909.

This deck is the most common set of tarot cards one will find amongst occultists and has a long history of use as a divination technique. 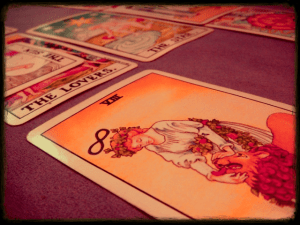 We’re all familiar with card readings and the various spreads that are possible to determine things such as where one is at in life, if a lover is in the near future, or if trouble is lurking around the corner. The tarot is an invaluable tool in the divination department, no questions asked.

However, in this article I’m going to be showing you a new way to use your beloved tarot. I’ll show you how to use your cards as a tool in manifestation, and hopefully inspire you to put together your own rituals revolving around this iconic deck of cards. Let’s take a basic concept…

“I want to manifest money in my life.”

To use the tarot cards in this manner, I would remove the cards I think would represent me receiving money in my life with no negative backlash. It’s important to research the meaning of the cards, but don’t be afraid to use your intuition and rely on the imagery of the cards as well.

The cards I think would represent me receiving money would be The Wheel of Fortune, the Ace of Pentacles, the Star, and the Sun. If these four cards were to appear to me in a spread I would be a happy camper.

Now design a ritual around the cards. Use other correspondences and tools and create a spell that revolves around the four cards.

After banishing and casting the circle, I lit one candle, and placed the four cards face down around it. One card is placed at each of the cardinal directions.

At the north point I have the Star, at the east I have the Sun (because the sun rises in the east), the Wheel of Fortune is at the west point, and the Ace of Pentacles at the south.

The use of Tarot as a key component :

I call upon the gods to bless my rites, and then flip over the The Star, saying “May fortune find me.” ↓ 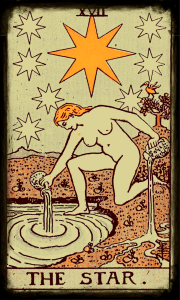 I then flip over the Sun, saying “May fate shine down on me.” ↓ 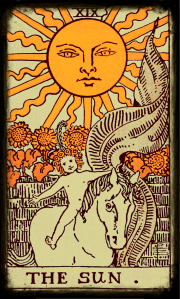 After that, I do the Wheel of Fortune, saying “May the odds be in my favor.” ↓ 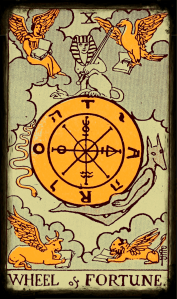 And finally I flip the Ace of Pentacles saying “May the hand of the divine bless my affairs.”  ↓ And there’s a simple, easy to throw together ritual based around your tarot cards. This technique could be used to manifest just about anything, and the ritual layout I provided can be modified in a number of ways.

One of the things that draws me to chaos magick the most is the experimentation that’s possible, and the best ways to experiment are to look at your tools in new ways. The tarot is built on a complex of archetypes and imagery, and it should be taken advantage of fully.

I hope you found this useful.